Drawing the Portrait with Amaya Gurpide 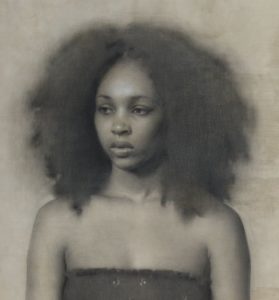 In this five day course we’ll explore portrait drawing through a linear and mass oriented approach. Beginning with an understanding of the structural scaffolding that supports the construction of the head, we’ll move to an abstract comprehension of the visual experience. Class demonstrations will underscore the interpretive nature of observation, dissecting and editing visual information to influence the narrative and psychological impact of the drawing. Students will be encouraged to use a holistic approach towards developing a fully realized and naturalistic portrait. Some class time will be used to demonstrate paper preparation.

This workshop has been canceled. We will rescheduled when we can do so safely. 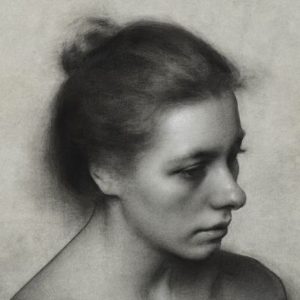 Amaya Gúrpide was born in Spain. She began formally studying art at the age of 16 in the School of Arts of Pamplona. In 1999, she moved to New York City to broaden her studies in figure painting and drawing at the Art Students League, the National Academy of Design and the Grand Central Academy, all of which awarded her various scholarships. After a decade in New York, Amaya returned to Spain in 2009 to concentrate on her painting and offer figure drawing, anatomy and painting classes from her private studio in Madrid.

In 2014 Amaya was invited to move back to the U.S. to take part in the creation of the U.S. branch of The Florence Academy of Art in Jersey City, where she currently has a studio and is a Principal Instructor. Amaya has also taught as an adjunct professor at The New York Academy of Art.

Amaya’s work has exhibited internationally, and her drawings and paintings are in private collections throughout Europe and the U.S.