Home  |  Lectures at the LAA  |  The Art of America: How Great American Artists Revealed A New Country and Its People

The Art of America: How Great American Artists Revealed A New Country and Its People 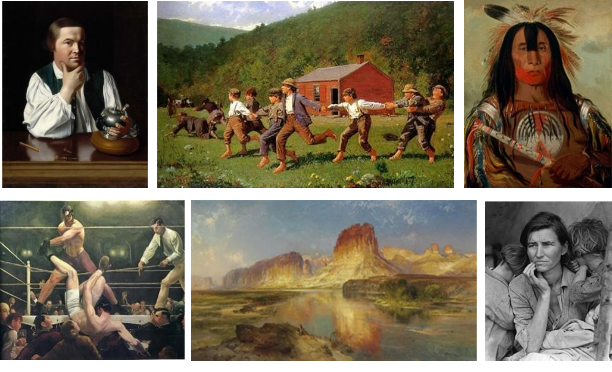 We invite you to join us this March for the Lyme Art Association’s virtual lecture series: “The Art of America: How Great American Artists Revealed A New Country and Its People”. Presenter Bob Potter will lead you via Zoom on an exploration of iconic art from the mid 18th century to the early 20th century by American artists who reveal the people and historic events of a new nation as it evolves through some of its most turbulent and transformative eras.

The people and landscapes of America have been some of the most compelling subjects for artists to study, paint, and photograph. Through a wide range of visual images, videos, profiles of the artists, and historical context, this series will explore the artists, the subjects they painted and photographed, and the changing historical events and artistic movements that influenced society.

All proceeds from this lecture series will support the Lyme Art Association’s Second Century Capital Campaign, which will help fund this critical project: installing a new, insulated skylight system prevent water damage and make energy-efficient heating and cooling of the building a reality. Thank you for helping us so we can continue exhibiting fine art in our historic gallery.

Working in the colonies and sometimes in London for wealthy clients, artists such as Benjamin West, Gilbert Stuart, and John Singleton Copley capture the people and historic events of the late 18th and early 19th century as the colonies break away from England to form a new nation. 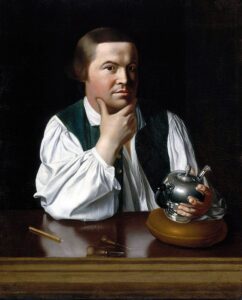 Green River of Wyoming, 1878, by Thomas Moran, The National Gallery of Art

As the Civil War tears apart this new country, photographer Matthew Brady will show the American public the face of war and Eastman Johnson reveals the African American experience from slavery to freedom. Winslow Homer and Thomas Eakins will paint images of a post-war America building a new future as it struggles to define its identity. 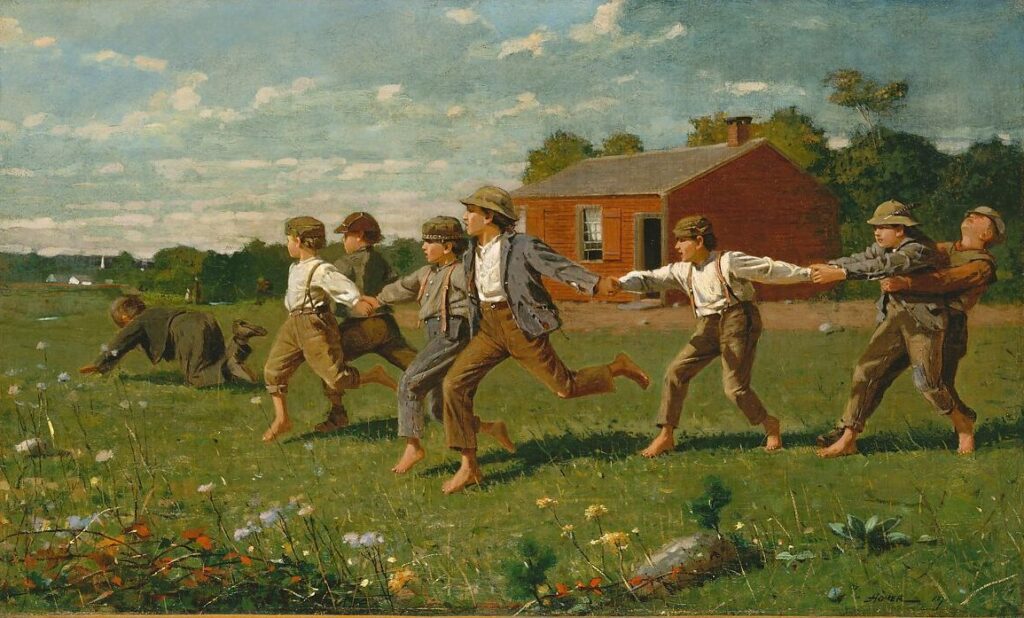 Snap The Whip, 1872, by Winslow Homer, The Metropolitan Museum of Art

Artists such as Childe Hassam, Willard Metcalf, and William Merritt Chase will embrace a new style of painting inspired by the French impressionists. Many of the American Impressionists would live and paint in Old Lyme, CT boarding at the home of Florence Griswold as artist and architect Charles Platt creates the historic Lyme Art Association gallery where year-round exhibitions and art studio education programs still thrive today. 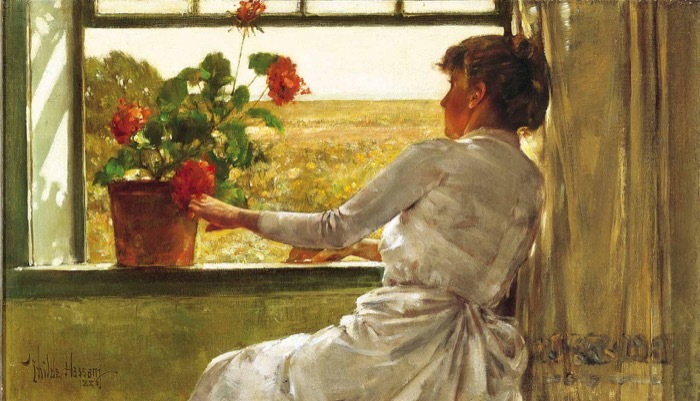 As the United States steps on to the world stage in the 20th century, Midwestern artists Grant Wood and Thomas Hart Benton paint a rural world and people in contrast to the urban realities of artists George Bellows, Reginald Marsh, Edward Hopper and the lives of dust bowl migrants chronicled in the photographs of Dorothea Lange. 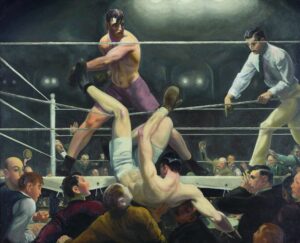 Art Lecture Presenter Bob Potter is a former Executive Director of the Lyme Art Association. A graduate of Syracuse University’s School of Visual and Performing Arts, he spent his early career as an art director at Scholastic Magazines and later marketing director for leading media companies including Time Warner, National Geographic and AOL. Over the past decade, he helped create an innovative art therapy program for Save The Children, was a corporate development officer for the National Gallery of Art, and headed marketing communications at the Mystic Seaport Museum. Most recently, he launched a professional development program for art students at the Lyme Academy College of Fine Arts and is a docent at the Yale Center for British Art. He and his wife Jeanne, who is a master watercolor artist, live in Old Lyme, Connecticut. 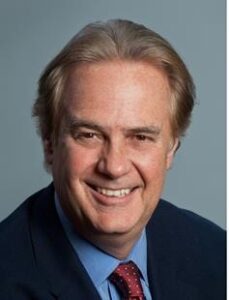 Bob has generously donated his time and talent presenting this series as a fundraiser for the Lyme Art Association’s Second Century Capital Campaign. All proceeds from lecture registrations will help fund this critical project: installing a new, insulated skylight system prevent water damage and make energy-efficient heating and cooling of the building a reality. Thank you for helping us so we can continue exhibiting fine art in our historic gallery.